All Books Link to Amazon

A poignant Christmas novella about a woman, desperate for a place to belong, who finds herself in London a few days before Christmas, looking for the father she never knew.
In FINDING FATHER CHRISTMAS, Miranda Carson's search for her father takes a turn she never expected when she finds herself in London with only a few feeble clues to who he might be. Unexpectedly welcomed into a family that doesn't recognize her, and whom she's quickly coming to love, she faces a terrible decision. Should she reveal her true identity and destroy their idyllic image of her father? Or should she carry the truth home with her to San Francisco and remain alone in this world? Whatever choice she makes during this London Christmas will forever change the future for both herself and the family she can't bear to leave. Robin Jones Gunn brilliantly combines lyrical writing and unforgettable characters to craft a story of longing and belonging that will stay with readers long after they close the pages of this book. 176-pages.
Click here for more by Robin Jones Gunn

Coming Home for Christmas is a beautifully observed story about the importance of family, the magic of Christmas, and falling in love one snowflake at a time. Anyone who loves the sound of carols and the twinkling of lights on the Christmas tree – will adore Jenny Hale's feel-good novel.
Christmas is a time for family... isn't it?
Allie Richfield loves Christmas, so when she lands a job as House Manager for the amazing Ashford Estate—which includes organizing the Marley family festivities—she is in her element. With a budget bigger than her life savings and a team of staff, how hard can it be?
As one-by-one she meets the Marleys, she’s about to find out...
Allie’s new boss, Robert, might be gorgeous, but he’s also colder than the snow outside and refuses to come home for Christmas. Coming Home For Christmas is a Hallmark Channel original movie for 2017. 306-pages.
Click here for more by Jenny Hale 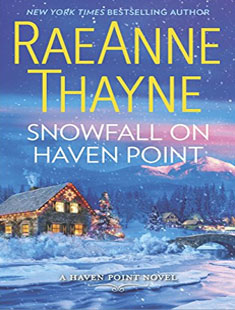 There's no place like Haven Point for the holidays, where the snow conspires to bring two wary hearts together for a Christmas to remember
It's been two rough years since Andrea Montgomery lost her husband, and all she wants is for her children to enjoy their first Christmas in Haven Point. But then Andie's friend asks a favor—to keep an eye on her brother, Sheriff Marshall Bailey, who's recovering from a hit and run. Andie will do anything for Wyn, even park her own misgivings to check on her grouchy, wounded bear of a brother. Marshall hates feeling defenseless and resents the protective impulses that Andie brings out in him. But when a blizzard forces them together for the holidays, something in Marshall begins to thaw. Andie's gentle nature is a salve, and her kids' excitement for the holidays makes him forget why he never wanted a family. If only he and Andie can admit what they really want—each other—their Christmas wishes might come true after all. 352-pages.
Click here for more by RaeAnne Thayne 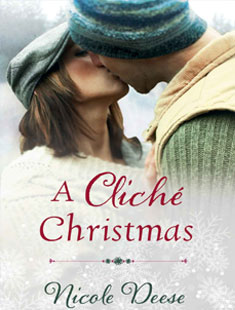 Georgia Cole—known in Hollywood as the “Holiday Goddess”—has made a name for herself writing heartwarming screenplays chock-full of Christmas clichés, but she has yet to experience the true magic of the season. So, when her eccentric grandmother volunteers her to direct a pageant at Georgia’s hometown community theater, she is less than thrilled. To make matters worse, she’ll be working alongside Weston James, her childhood crush and the one man she has tried desperately to forget. Now, facing memories of a lonely childhood and the humiliation of her last onstage performance, seven years earlier, Georgia is on the verge of a complete mistletoe meltdown. As Weston attempts to thaw the frozen walls around her heart, Georgia endeavors to let go of her fears and give love a second chance. If she does, will she finally believe that Christmas can be more than a cliché? 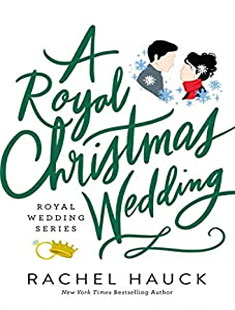 Avery Truitt aches for true love—the kind she once shared with Prince Colin. Can she dare to hope for happily ever after, or is a fairy-tale ending beyond reach?
College volleyball star Avery Truitt has not seen her former flame, Prince Colin of Brighton Kingdom, since he suddenly pushed her away five years ago. But now, the sadness of losing her father and the joy of her sister Susanna’s pregnancy have brought Avery back to Brighton just in time for Cathedral City’s enchanting Christmas season. Avery knows she can’t avoid seeing Colin—now the Kingdom’s most eligible bachelor—whether or not her heart is ready to relive the pain. But seeing him again might bring her the closure she needs after all this time. 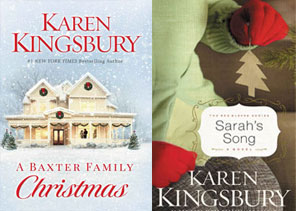